Species: Canine
Breed: Shetland Sheepdog
Gender: Male
Age: 7
Owner: Rhonda & Michael
City: Carmel, Indiana
Charley was purchased from a pet store as a present for a young child. When the child lost interest her grandmother tried to keep Charley. She worked all day and, as a result, Charley was crated for 10 or more hours a day for the first 11 months of his life. The grandma realized this was unfair to Charley so she surrendered him to a rescue and we were lucky enough to adopt him. For the first year he was with us all he did was circle the family room, unused to freedom, fearful and unable to focus. After a year of love and training Charley relaxed and settled into our family. His allergies began about five years ago. He would lose all of the fur on his paws and they would become red and swollen from August to November. We are so grateful to Dr. Thompson for the excellent care she has given C 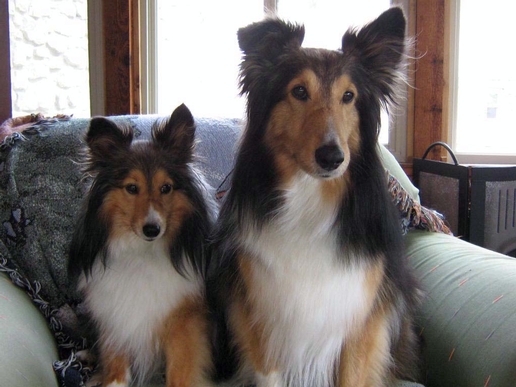