Species: Canine
Breed: Morkie (Maltese/Yorkie)
Gender: Male
Age: 6
Owner: Gloria
City: Huntington Beach, California
Pogo is a very sweet although shy little boy. This is due in part to the fact that he has undergone 3 major surgeries in his short life. The first when he was just 4 months old to repair an injury from his mother who had stepped on him as a baby and perforated his esophagus letting his internal organs migrate up into it until it got to where he could not hold down even water. He was good for about 4 years then had surgeries for torn ACL's on both rear legs less than a year apart. Despite all that he loves to run and play and bring you his toys to throw for him to chase. Yes, our Pogo is spoiled - but we wouldn't trade him for anything! Pogo is currently under the care of Dr. Rosenkrantz in Tustin, CA for allergies that led to skin infection. He is responding well to the treatment. 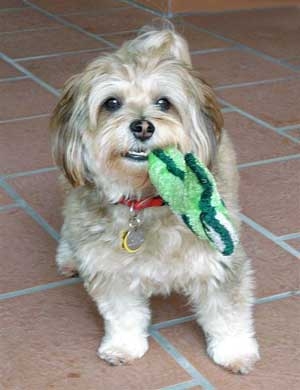 Before: “Momo” was diagnosed with pemphigus foliaceus, an autoimmune disease.

After: “Momo” nearly a year later. He is still continuing treatment, but his recovery has gone quite well.