Species: Dog
Breed: English Bulldog
Gender: Female
Age: 4
Owner: SoCal Bulldog Rescue
City: Santa Clarita, California
Audrey came in to So Cal Bulldog Rescue with severe demodex mange after one year we are still fighting it. Her life was sad and didn’t get better when she became part of rescue. No longer living outside tied to a tree for this sweet girl. Her battle to get 'better" has been a long one. With many vet visits throughout the year she has made huge improvements. However we are still battling her 2 severe strains of MRSA and the demodex mange aggressively. Audrey has one of the worse cases her specialist has ever treated. At least once - a vet suggested we give up and let her pass on. As you can see we are not giving up on this sweet girl! socalbulldogrescue.org 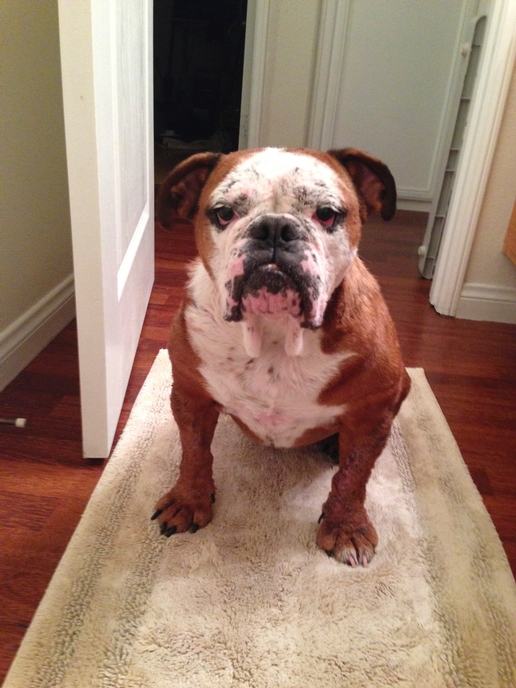