Species: canine
Breed: shepherd mix
Gender: Female
Age: 9
Owner: Kathleen
City: Orange, California
I found Cheese in Northern Arizona when she was approximately 14 weeks old. She was on the steps of a clinic, very cold and bleeding from some gunshot wounds, one that split her ear. I rushed her to my trailer, got antibiotics and other supplies from the clinic (this pharmcist learned nursing fast!) and got her well enough until we could go to the vet (in that remote area, it wasn't for four days). She made a full recovery, successfully completed Puppy Head Start, 9 weeks of training with a bit of agility training. I called her cheese because she was sort of swiss cheese for a while. Her loves: People. Especially my husband and her sibling dog Mac ( a labrador pup I found later that month and survived his battle with parvo) named for his vet. Yes, my dogs are named Mac and Cheese and I 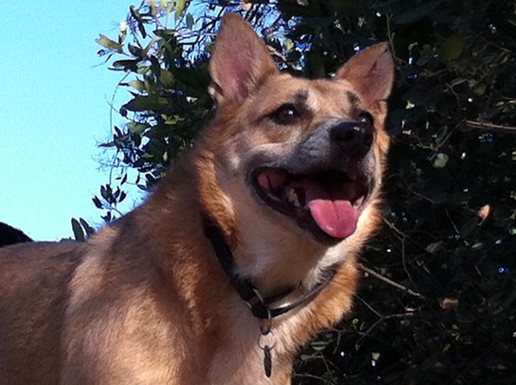 Before: Cassie's planum and paws affected with discoid lupus

After: Cassie looking and feeling better