Species: dog
Breed: Carolina dog and German Shepherd/Border Collie
Gender: Male
Age: 6
Owner: Debbie and John Alder
City: Yorba Linda, California
Red and Zoey are both rescue dogs and as you can see like to be photographed. Both dogs are titled in Rally Obedience and Canine Scent Work. We adopted Zoey first, and she had been badly abused and was quite timid. After two weeks, she started howling during the day as she was lonely, so we went back to the pound and adopted Red. We believe that Red is a Carolina dog and is unlike any other breed we have ever had the privilege of owning. He is quite primitive in in his actions and reactions, but is sweet and loving to our family. 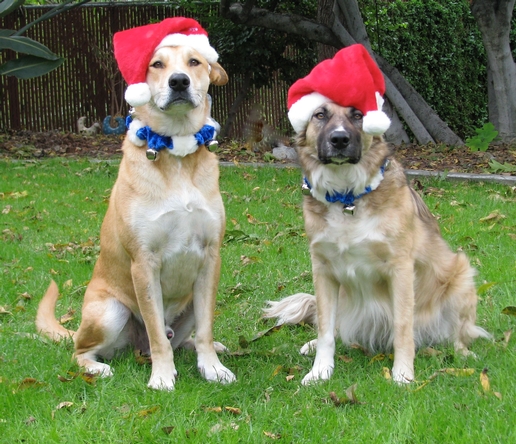 Before: "Taffy” came to us in April 2009 and was diagnosed with pemphigus foliaceus

After: One year later her condition is under control. Pustules have disappeared & haircoat is restored.