Species: Dog
Breed: Welsh Terrier
Gender: Male
Age: 10
Owner: Victoria
City: LOS ANGELES, California
Meet Nord. He is my 10 year old Welsh Terrier. Nord loves to fetch his ball. If we happen to lose it, he will not play with a new ball and will search obsessively until the lost ball is found. Nord loves riding in the car with the windows down and enjoys watching TV to try and spot other dogs(or bears, he loves to watch bears on TV). He also loves to hike in the canyons and parks, hoping to see a squirrel he can bark at. Nord is mischievous and likes to drop his toys into the toilet or swimming pool just to watch them float and to also shake the water out of them after retrieving them. After his busy terrier day, Nord loves to cuddle on the couch and give big doggie kisses. 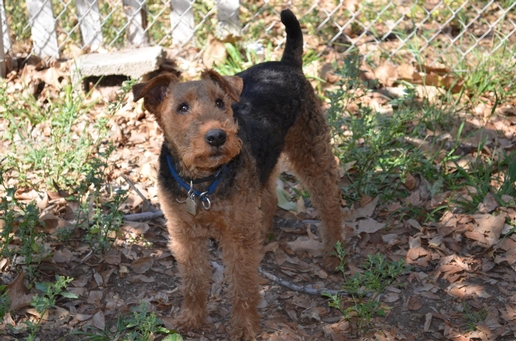 Before: Ragdoll cat with demodex gatoi

After: Looks who has a new furry belly!