Species: K9
Breed: American Pit Bull Terrier/Labrador
Gender: Female
Age: 13
Owner: Omar
City: Tustin, California
She's just turned 13 yesterday (7/2/14) I've had her since 3 months old. An old roommate while I was in college rescued her from pound as was to return her for another puppy he saw so I took her in not planning for a dog at the time. Shes had a myraid of skin problems which we have struggled through. She's been to Animal Derm Clinic before as well. Recently she had splenectomy followed by admission to critical care for acute pancreaitus and kidney disease all within the last year and a half. I've had a lot of medical bills for her pile up on me (20k+) but she's brought great deal of happiness to me so I don't have issue going into debt for her well being. Currently she is on prescription diet, fluids under the skin (1L per day) among other medications for Kushings disease and blood pressur 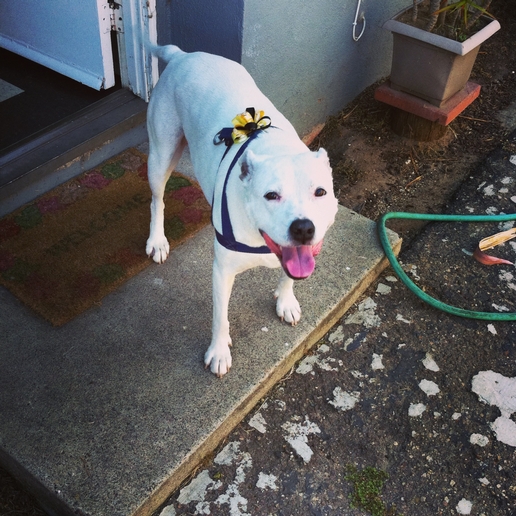 Before: Amputation was recommended for "Brownie" for his severe papillomas on his paw when he came to Animal Dermatology