Species: Dog
Breed: Boxer/Am Bull Dog Mix
Gender: Male
Age: 2
Owner: Debbie Alder
City: Yorba Linda, California
Baxter was found by the OC Animal Shelter when he was 8 months old. At 46 pounds, this sweet pup was almost starved to death (he was 30 pounds underweight), and had infected cuts/scratches all over his face and head. We adopted him out of the pound and promptly had to put him in an isolation kennel in Azusa for 2 weeks as he had contracted Kennel Cough and was deemed infectious. A group of us worked with the folks at the kennel to get him well and put some weight on his painfully thin body. Next, he was brought home to our house where he was introduced to Red and Zoey (also rescue dogs). Today, Baxter is happy, healthy and fit living in Yorba Linda. He is training for competitive obedience, rally obedience and Canine Scent Work! Besides all of his training, he is a clown and 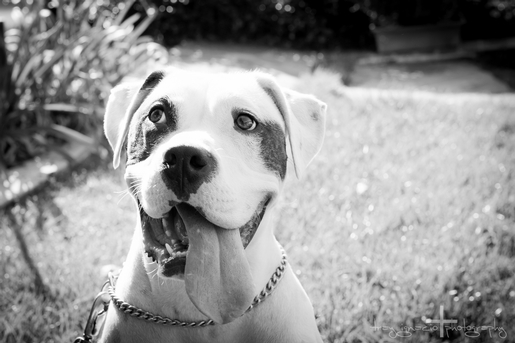 Before: Donkey was so itchy she rubbed her coat off

After: Relief after allergy shots within months. She is now comfortable and her coat is restored.